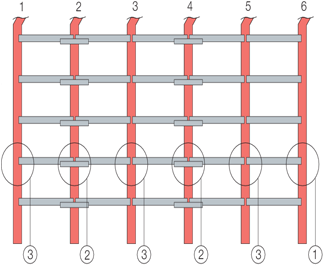 Achieving up to 4 hours fire resistance

voestalpine Metsec Z and C-section side rail systems, combined with the appropriate fire resistant wall cladding system, have performed satisfactorily in fire tests up to 4 hours duration. The period of fire resistance is dependent upon the construction and materials used in the fire wall cladding, therefore certification for the fire resistance period should be obtained from the cladding supplier.

Under fire conditions, the rails expand. To achieve the necessary movement, the column fixing cleat should be slotted longitudinally. All fixing bolts should be fitted with combustible washers which collapse under heat, thus loosening the bolts and allowing expansion. This reduces distortion and buckling of the rail, ensuring integrity of the wall construction. 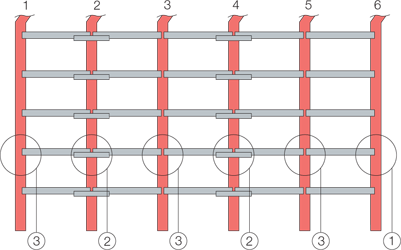 The side rail to be used should be selected from the sleeved rail load tables.

The side rail to be used should be selected from the butt rail load tables.

The illustrations above indicate an odd bay arrangement of rails for a fire wall. Grids (1) to (5), are designed as sleeved systems with the sleeves and standard cleats positioned on the same column lines, simplifying detailing and keeping one type of cleat on each column. The slotted cleats are positioned at alternate columns. The end bay, grids (5) to (6), is designed as a butt system keeping the depth of section similar to the rest but increasing the gauge to maintain rail centres.

Utilising the standard slotted cleat detail, the rail length for both systems equates to the distance of column to column less 35mm. When cleating, clearance between ends of rails should be increased to allow for expansion of the corresponding system, as shown. 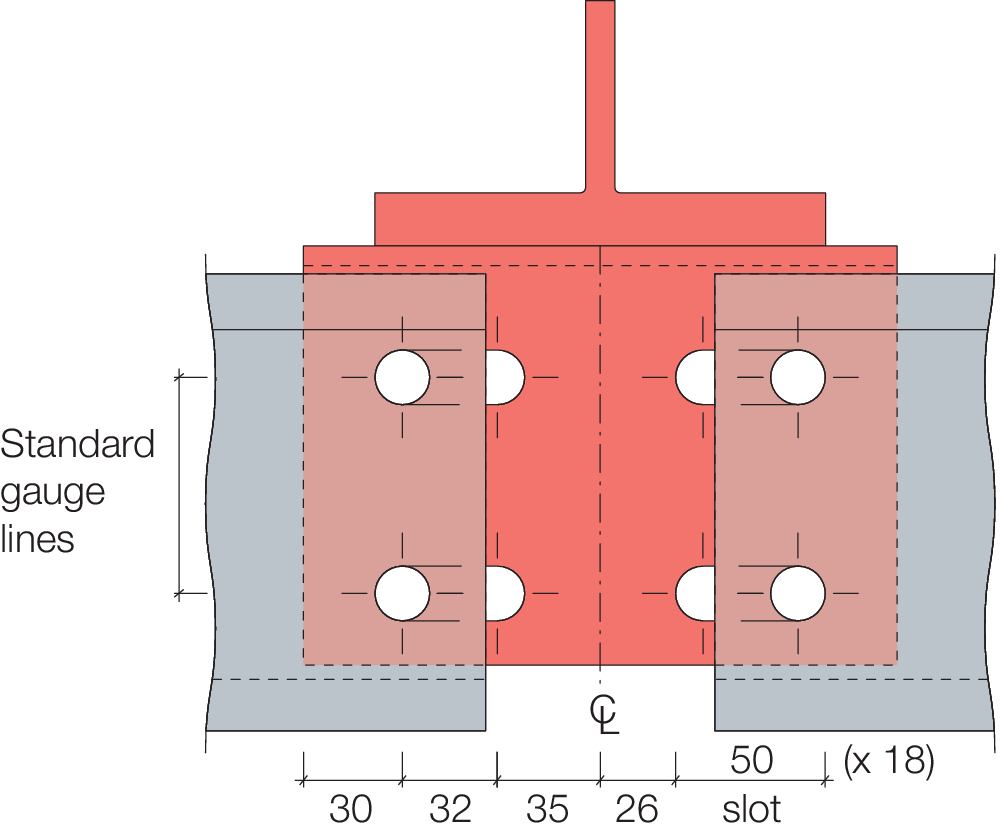 Slotted cleat by others or to special order. 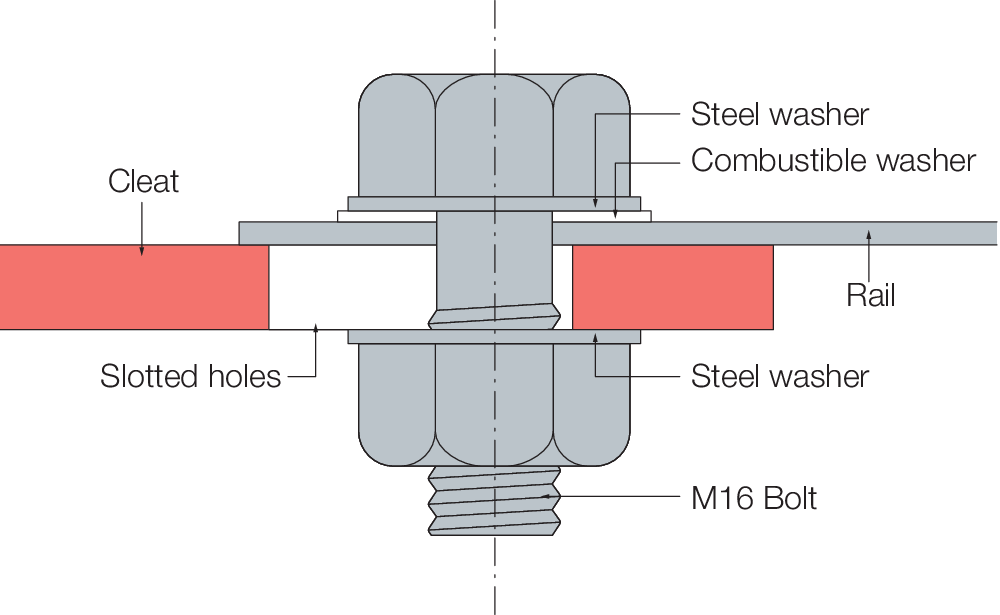